There are currently vacancies for Parish Councillors in the Edstaston and Newtown Wards.  As these vacancies have arisen between the ordinary round of elections (normally every 4 years) they are classed as Casual Vacancies.

The formal notifications are placed on notice boards around the Parish.  Copies are also found below.

These notes are to advise of the practice relating to Casual Vacancies and are a general guide only and are not intended as a comprehensive statement of the law.

The Returning Officer is appointed by Shropshire Council, and she is responsible for the conduct of, and arrangements for elections.  However, the Parish Council will assist, where able, with giving advice to prospective candidates prior to elections and, when appropriate, the preliminary arrangements for the filling of Casual Vacancies by co-option.

If you need any more information, please contact the Parish Clerk, or alternatively, Shropshire Council’s Elections Office on 0345 678 9015.

The next round of Ordinary Parish Council Elections will take place in 2021.  The successful candidates should expect to serve up to the fourth day after the ordinary day of elections.

Filling the Vacancy by Election

If during the 14 days of the Notice being displayed, ten electors from within the Ward of the Parish of the vacancy make a request an election to be held.  The following explains the process should an election be requested.

It is important that nomination papers are completed correctly.  Any papers which are incomplete, incorrect or received by Shropshire Council after the close of nominations cannot be accepted as valid.

To be qualified to be elected a member of the Parish Council a person must be 18 years of age or over at the date of his/her nomination, and be a Commonwealth citizen, a citizen of the Republic of Ireland, or a citizen of another Member State of the European Community, and either:

Candidates are advised to complete as many of the relevant qualifications as apply.

There are certain disqualifications for election, of which the main (S.80 of the Local Government Act 1972) are:

Not later than 12 noon on the seventeenth day before polling day, the Returning Officer is required to publish a statement of persons who stand nominated and of the reasons why any other persons nominated no longer stand nominated.

A candidate may withdraw his/her candidature if, not later than 12 noon on the sixteenth day before Polling Day, he/she delivers at the place fixed for the delivery of nomination papers a notice of withdrawal signed by him/her, and attested by one witness.

If the number of people remaining validly nominated after any withdrawals does not exceed the number of Councillors to be elected, such people will be declared to be elected as soon as possible after the latest time for the delivery of withdrawals.  The Returning Officer will give notice of their names to the Parish Council and to the public.

When the result of the poll is known, The Returning Officer or the appointed Deputy will:

Failure to do so will mean their office will become vacant (local Government Act 1972, Section 83). 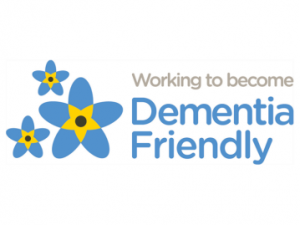 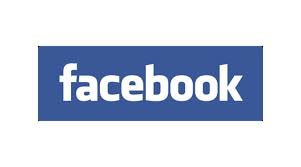 Need to report an issue?

If you need to report a pothole, litter, fly-tipping or even a planning issue just click on this link and go straight to Shropshire Council’s reporting webpage.

This website is managed by Wem Rural Parish Council. Every effort is made to ensure the information is accurate and up to date although there can be no guarantee of this. The Council will not be held responsible for any loss, damage or inconvenience caused as a result of wrong information on these pages. If you see any information on this website that is incorrect please notify the Parish Clerk.
This website uses cookies to improve your experience. We'll assume you're ok with this, but you can opt-out if you wish.Accept Read More
Privacy & Cookies Policy

This website uses cookies to improve your experience while you navigate through the website. Out of these, the cookies that are categorized as necessary are stored on your browser as they are essential for the working of basic functionalities of the website. We also use third-party cookies that help us analyze and understand how you use this website. These cookies will be stored in your browser only with your consent. You also have the option to opt-out of these cookies. But opting out of some of these cookies may affect your browsing experience.
Necessary Always Enabled
Necessary cookies are absolutely essential for the website to function properly. This category only includes cookies that ensures basic functionalities and security features of the website. These cookies do not store any personal information.
Non-necessary
Any cookies that may not be particularly necessary for the website to function and is used specifically to collect user personal data via analytics, ads, other embedded contents are termed as non-necessary cookies. It is mandatory to procure user consent prior to running these cookies on your website.
SAVE & ACCEPT